As the digital lock industry evolve over the past decade, biometrics identification and authentication has always taken center stage. The optical fingerprint recognition technology was dominant in the early years before being overtaken by capacitive  fingerprint recognition technology in smart locks in the last few years - in tandem with ubiquity of similar technology found on smart phones today. However, the capacitive fingerprint technology (while useful for it's size on smart phone) does not overcome the inherent limitations of fingerprints recognition in the context of skin surface issues: type, age, wet skin, cuts and changes over  time. While facial recognition may be trendy in movies, it's accuracy , reliability and power consumption still fall far short for existing consumer device level price point. This brings us to finger vein recognition... 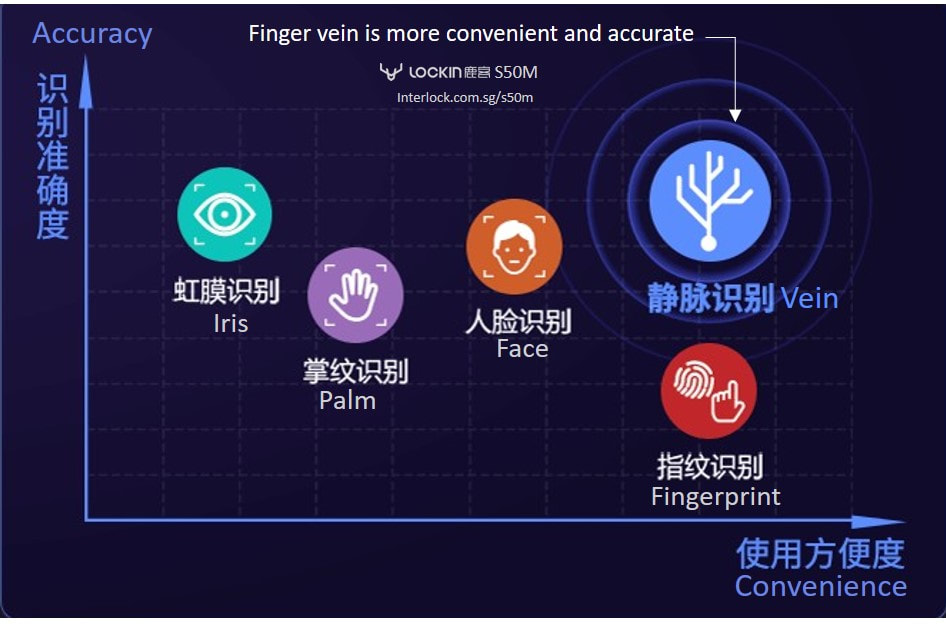 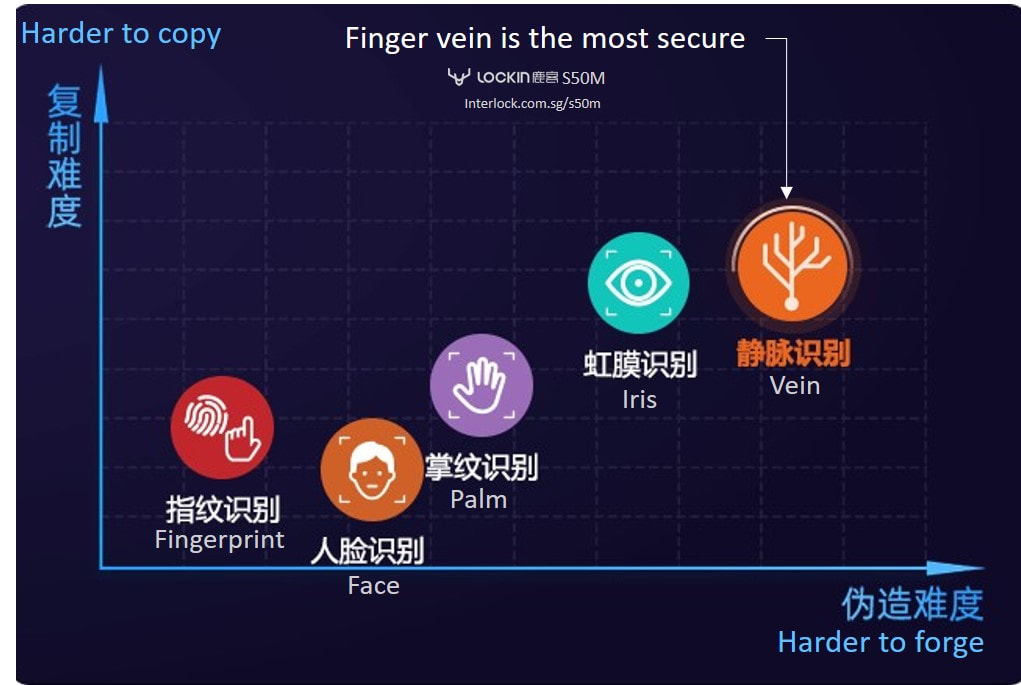 The benefits for adopting finger vein recognition in Lockin smart locks are:
This brings us today to the new exciting era of finger vein recognition technology which has now started to reach mainstream consumer devices such as smart locks. Lockin brand is focusing on bringing this into mainstream adoption for it's consumer smart locks eg.Lockin Finger Vein Smart Lock S50M.
​
Interlock Singapore
Note:  While the article below (credit to mofiria Corporation​) is not specific to Lockin, the implementation is similar and included here to provide a good overview of finger vein technology.
Source: mofiria Corporation​
​Biometric authentication refers to the identification of humans by their physical traits. Fingerprint authentication and face recognition are commonly used. The finger vein authentication technology, however, has recently received much attention as a new method for biometric authentication because the authentication accuracy is high compared to other forms of biometric technologies. Some financial institutions have adopted this method as the newest security technology for personal authentication in ATMs.
​A comparative evaluation of the major biometric modalities is described in Table 1. Each modality has its own advantages and disadvantages. For example, fingerprint is the least expensive method and is commonly used for identifying suspected criminals. However, the age and occupation of a person may cause some difficulties in capturing a complete and accurate fingerprint image. Fingerprints are also relatively easy to be copied, so that usage may be restricted when used for security purposes.

​Finger vein recognition is a method that specifies an individual using the vein pattern inside one’s fingers.

Since deoxyhemoglobin in the blood absorbs near-infrared lights, vein patterns appear as a series of dark lines. The near-infrared lights combined with a special camera capture an image of the finger vein patterns. The image is then converted into pattern data and stored as a template of a person’s biometric authentication data. During authentication, the finger vein image is captured and compared against the stored template of the user. 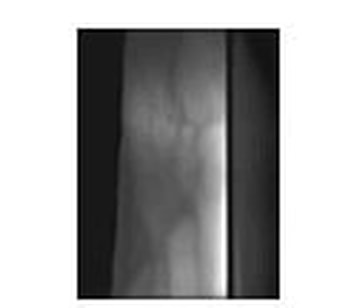 ​The features of finger vein recognition are as follows:
Source: mofiria Corporation​